Prepare your Articket to enter the Museu Nacional d’Art de Catalunya, where amidst its magnificent galleries you will find the most important collection of Romanesque mural paintings in the world. Remember to take a good look at the building the museum is found in, the Palau Nacional. Built in 1929, its silhouette is a characteristic feature of the Barcelona urban skyline. If you have time you can also go to the highest point of the structure, where there is a lookout area with unbeatable panoramic views of the city. 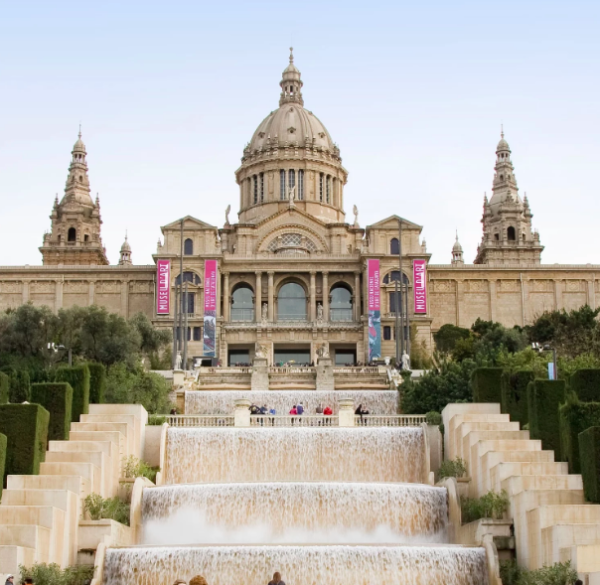 How to get there?
2. Laribal Gardens

Explore the Laribal Gardens and discover the art and architecture hidden away at this site, with its Mediterranean vegetation. Completed at the end of the 1920s, it has strong bonds to the urban development of Montjuïc mountain that took place on the occasion of the International Exposition of 1929.

You should keep in mind that if you enter into the gardens at the point indicated on the route map and go straight up, you will eventually get to the Fundació Joan Miró, next stop on the itinerary.

How to get there?
3. Fundació Joan Miró

The Fundació Joan Miró is housed in an exceptional building by architect Josep Lluís Sert. Here we find the most complete public collection of Joan Miró work. This unique space was conceived by the artist himself with the aim of making art accessible to everyone, and is the best place for a full itinerary through all phases of Miró’s artistic and personal trajectory.

Furthermore, from the Pati Nord courtyard you will enjoy a new and spectacular view of Barcelona. There is no question that Montjuïc provides some of the best panoramas of the city. 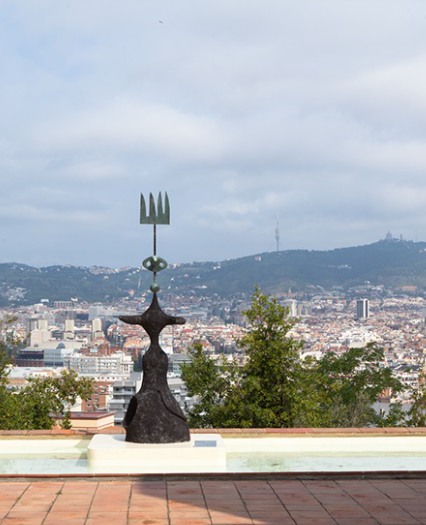 How to get there?
4. Satalia

Located on the side of Montjuïc, Satalia is an oddity in the city’s urban landscape. Explore this tiny and rather steep neighbourhood with its single-family dwellings, often in an art nouveau style, built towards the end of the 19th century: here time seems to have stopped. The almost rural character of the location, which is still only a few minutes from the intense heart of the city, will leave you surprised.

Walk over to the most surprising part of the little community, a hidden and little-known corner of the city even for most Barcelonans. We refer to the Blasco de Garay lookout point, which offers spectacular views over Barcelona. The Satalia neighbourhood could never leave you cold.

How to get there?
5. Plaça del Sortidor

You are now in one of the best-loved spots with the most personality of all Poble-sec, itself one of the most intercultural neighbourhoods of the city. We are talking about the Plaça del Sortidor, given the name for the historical fountain which for many years occupied the central area (sortidor means “spout”). Children, the elderly, couples and visitors fill this nerve centre of a historically working-class neighbourhood that especially began to be populated in the late 19th century, when they lifted the prohibition limiting building on the lands on the side of the military terrains of Montjuïc Castle. Stroll through the neighbourhood streets and discover its hidden away crannies.

How to get there?
6. Blai Street

Blai Street is an obligatory stop for lovers of vermouth and tapas. With its many small restaurants offering delicious aperitifs, it has become one of the busiest meeting points in the city on Barcelona weekends. While there is a lively atmosphere both day and night, we recommend you take a stroll from noon to around 2pm on a Saturday or Sunday, when locals meet up with friends and family to enjoy a vermouth (the drink, but also small tapas) before going for lunch. 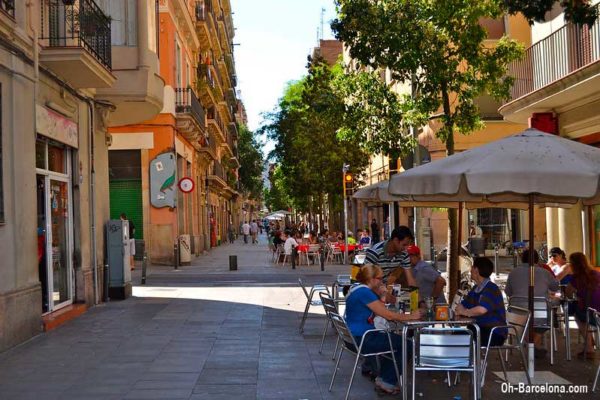 How to get there?
7. Tres Tombs Gardens

When you cross Paral·lel and leave Poble-sec behind you enter into the Sant Antoni neighbourhood. Go inside this interior courtyard of a city block, which like many others was rehabilitated to restore its original function in the urban plan drawn up by Ildefons Cerdà: to provide light and ventilation to the houses surrounding it, as well as serving as an urban green space.

This block interior, occupied originally by a former cookie factory, is known as Tres Tombs. This is the name of the parade the neighbourhood organises on the day commemorating Sant Antoni Abat (Anthony the Great) at the end of January, when the residents would take their animals out onto the street to bless them. This would be done both with farm animals and with family pets. This unusual tradition has been preserved for more than 150 years.

How to get there?
8. Passatge Calders

We recommend that you take time to stop at the Passatge Calders, where you can get an idea of the authentic Barcelona lifestyle, especially if you go on a weekend. The bustle of the crowds gathering to have a vermouth in this charismatic lane is unmissable, despite its rather small size.

How to get there?
9. Cera Street, with the Rumba Mural

Did you know that the famous music style known as the Catalan rumba was started in Barcelona? With its links to the Catalan Romani population in the city, the rumba was born in neighbourhoods such as Gràcia, Hostafrancs and right here, on Cera Street in the Raval. This street has now been officially turned into the rumba street thanks to the recently commissioned artistic piece the city has placed here.

The work is made up of two large metallic murals on two separated dividing walls between buildings, with images of leading rumba musicians. It is clear how Barcelona has been a centre for the arts and culture, including music.

How to get there?
10. Sant Antoni Market

Inaugurated in 1882, the emblematic Sant Antoni Market building is a splendid example of wrought iron architecture in the city. It currently combines up to three different markets: fresh food; a clothing market; and the book fair, held every Sunday.

Whatever day you come to visit you will find a great atmosphere, as the market is open every day of the week, making it a Barcelona classic. Do not forget to visit the historical remains of the Sant Antoni ramparts, part of the city wall that was discovered and restored as a consequence of the market itself undergoing full rehabilitation. 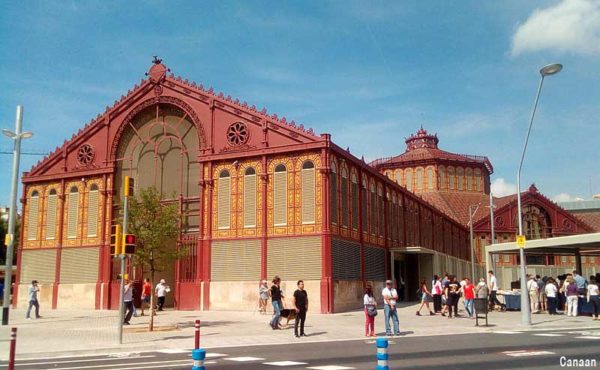 In the lively Plaça dels Àngels you will find the MACBA, with its iconic building designed by architect Richard Meier. The exterior reflects its contemporary interior, where you may find key works of contemporary artistic creation. Get your Articket stamped and get to know works by artists from Catalonia, Spain and the rest of the world, featuring Calder, Tàpies, Basquiat and Keith Haring, amongst many others. You can also enjoy the temporary exhibitions and other activities on contemporary art and culture regularly organised by the museum. 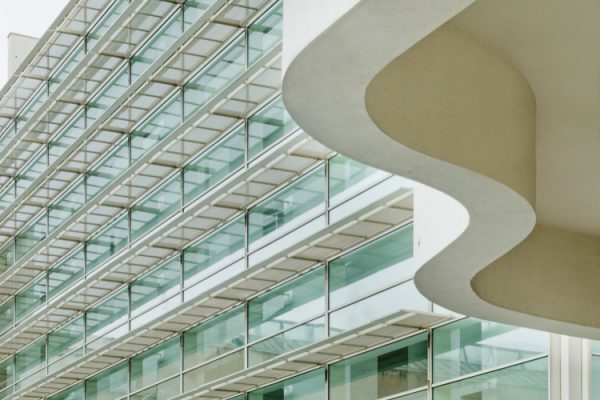 We end our itinerary at the CCCB, a centre of attraction for culture and creativity dedicated to exploring the great issues of contemporary society through a variety of languages and formats. Visiting one of the many temporary exhibitions is the best way to draw a close to this route, so there is no need to think twice: get your Articket and enjoy it to the hilt. 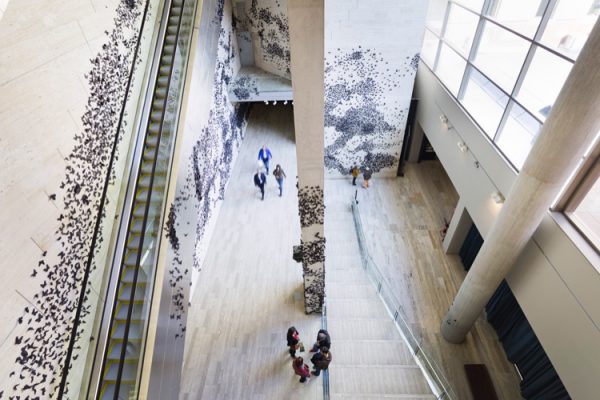